Data released by the Brazilian Institute of Geography and Statistics (IBGE 2010) report that:

Brazilian workers are entitled to a statutory minimum wage. However, the average wage varies according to the economic sector in which the worker is placed. According to the Ministry of Labor, the average wage paid to Brazilian workers has increased at an annual rate of 3% over the years as a result of economic growth and the consequent increase in the industrial, commercial and service activities. In 2016, the minimum wage was established in R$ 880.00.

The chart below divides undergraduate courses by area of expertise: 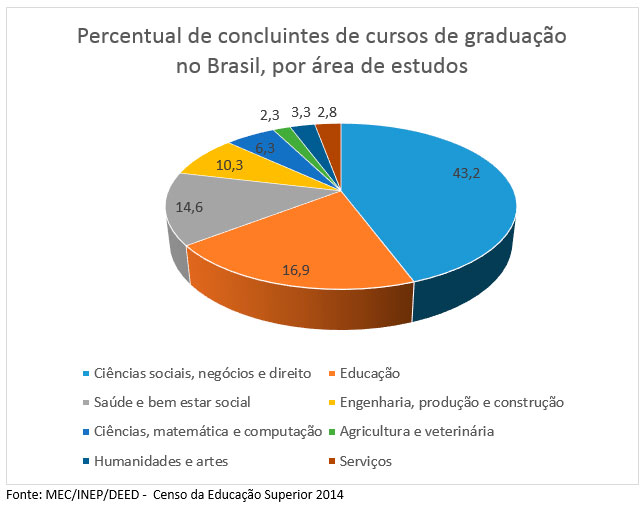